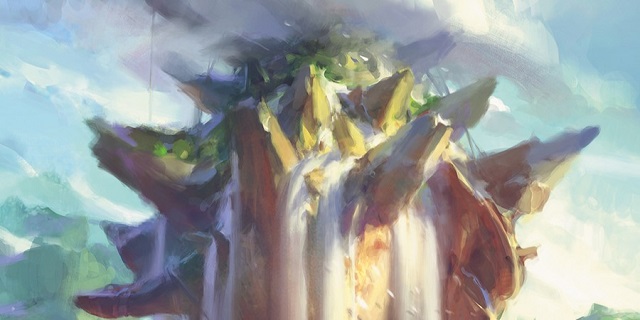 Since it’s January I’d like to take a quick look back at my 2018 as a Magic player. 2018 was a great year for me, but things started out a little shaky. I missed day 2 at Pro Tour Rivals of Ixalan in Febuary. I had not been winning a lot lately, but there were still two Pro Tours left in the season and if I could do well in at least one of them I could hopefully maintain Gold Level Pro status and keep playing in these things. I did pretty well in Pro Tour Dominaria but I also lost 2 top 8 win and ins which was disappointing. 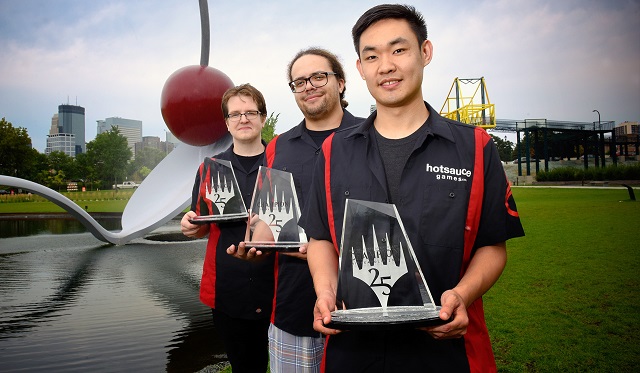 Then we won the Pro Tour 25th Anniversary in my hometown. That meant I got Platinum and I got to play in the 2018 World Championship for the first time. To finish off 2018 I managed to go 11-5 in Pro Tour Guilds of Ravnica with Jeskai Control.

2018 was a great year for me and you could probably attribute some of that to playing a lot of 《Teferi, Hero of Dominaria》. Jeskai Control has been my favorite 《Teferi》 deck of late and it certainly has the potential to be solid deck after the release of Ravnica Allegiance. 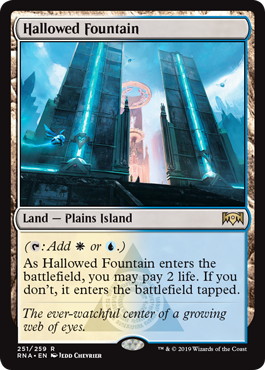 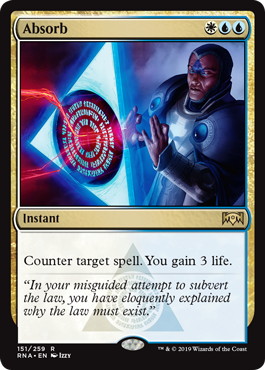 With the addition of 《Hallowed Fountain》 you can improve the mana base and you get to play 《Absorb》 over 《Sinister Sabotage》. But, there is nothing in Ravnica Allegiance that makes me seriously rethink the deck. However with the addition of Orzhov and Simic, 《Teferi》 could potentially make his way into Esper or Bant Control as well. 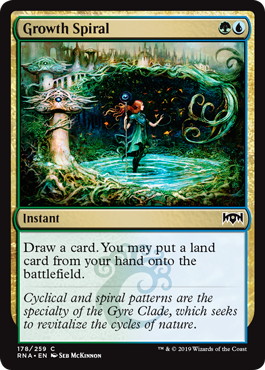 《Growth Spiral》 is one of the cards that jumps out to me in Ravnica Allegiance. It allows you to ramp into 《Teferi》 or 《Cleansing Nova》 a turn early and the fact that it is an instant is nice with a deck that is mostly instants. The card is basically just 《Explore》 and 《Explore》 is a pretty great card. 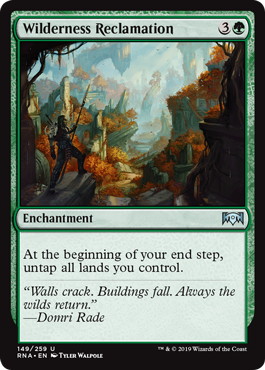 《Wilderness Reclamation》 is card that seems like it has a lot of potential. As long as your deck has plenty of instants it effectively doubles the amount of mana you have available to you and it combos nicely with 《Azcanta, the Sunken Ruin》. Also, it is essentially free the turn you play it and free spells are often pretty good. But I’m not sure that is at it’s best in a control deck, since control decks are inherently reactive there is potential for the extra mana to go unused. It might be better served in a Turbo Fog deck. 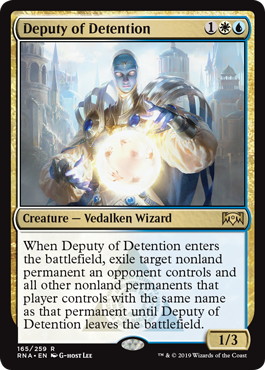 《Deputy of Detention》 is a powerful card but it probably can’t be played in the main deck as your only creature. That said, it definitely seems good post board after your opponent has potentially boarded out some of their removal.

Overall this Bant Control doesn’t look super good to me. It feels like it’s probably missing some pieces still. One thing I was hoping for from Ravnica Allegiance was something like 《Cast Out》 or 《Detention Sphere》. This deck could use a universal answer to problematic permanents. It is also lacking a Powerful finisher like 《Niv-Mizzet, Parun》 is for Jeskai. 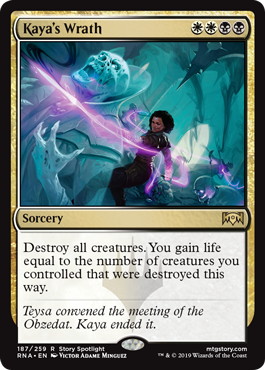 《Kaya’s Wrath》 seems great if you can cast it and you can definitely cast it since the mana for 3 color decks seems quite strong right now. Although you might have to make some small sacrifices. You definitely want to play as few 《Island》s as possible with 《Kaya’s Wrath》 so that somewhat limits how many blue sources you get to play. This list has 16 blue sources which is probably about 1 or 2 less than I would like. 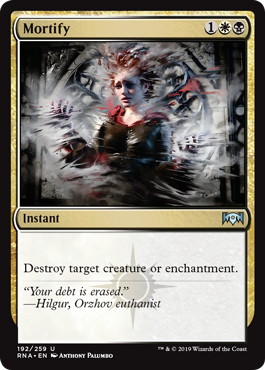 《Mortify》 is a nice reprint since there seems like there are several good enchantments running around in Standard right now. It is a bit expensive so you can probably only play 2 to 3 in your main deck. 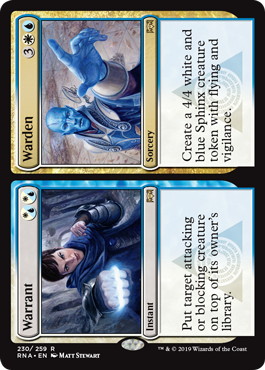 《Warrant // Warden》 is two mana removal spell that doubles as a way to win the game. 《Warrant》 is probably a bit worse than some of the other removal spells you have available since it’s only a temporary solution. 《Warden》 probably can only ever win a game you have basically already locked up, but this way I don’t have to put actual win conditions in my decks.

《Tome of the Guildpact》 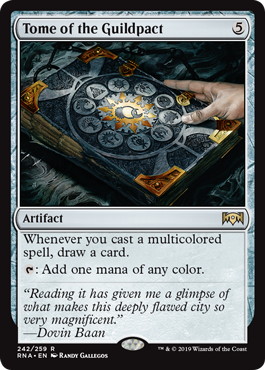 《Tome of the Guildpact》 is a bit expensive, but it can draw a lot of cards. Most of the spells in the deck are multicolored. There are currently 21 multicolored spells and you might be able to squeeze in a few more if you tried. You could play 《Sphinx’s Insight》 over 《Chemister's Insight》 if you wanted but I assume it’s probably not worth it. One potential downside of the 《Tome》 is that you can’t do the 《Teferi》 loop as long as it’s in play so you might have to actually kill your opponent. 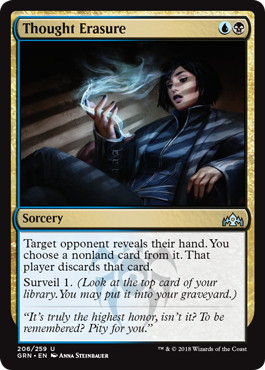 《Thought Erasure》 is a pretty reasonable catch all answer and it is a way to take away your opponents answer for 《Teferi》 before they get a chance to use it. 《Thoughtseize》 effects can be a bit lackluster in control decks since they don’t do anything in a top deck situation. But if you have extra 《Thought Erasure》 you can hold on to it until right before you cast 《Teferi》 to make sure the coast is clear. Also it has Surveil 1 and it always cycles when 《Tome of the Guildpact》 is in play. 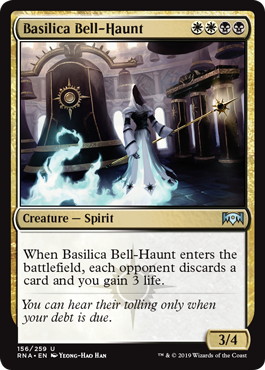 《Basilica Bell-Haunt》 seems like it might be pretty good against Mono Red and it is also probably not terrible against other control decks. 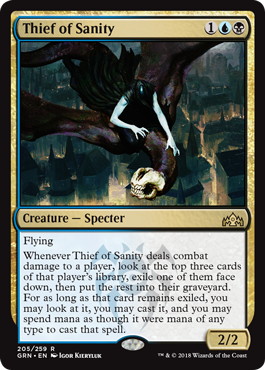 《Deputy of Detention》 seems less good in the sideboard of this deck because you probably won’t want to sideboard out 《Kaya’s Wrath》 very often and if you do you probably would rather have 《Thief of Sanity》 anyway.

Overall this deck seems quite good to me. It seems to have all the answers and all the answers seem pretty good. There are just a lot of options and not enough space in the deck. There is a variety of cheap removal and universal answers. It definitely has potential to replace Jaskai as my control deck of choice going forward.

《Tome of the Guildpact》