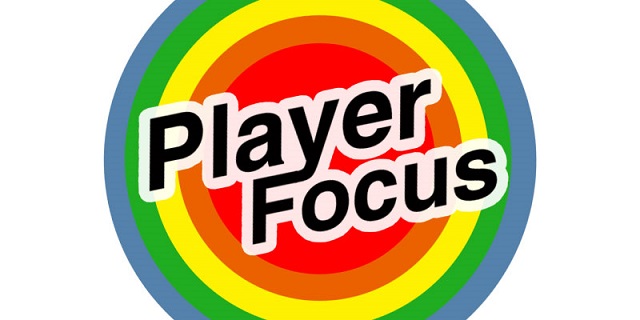 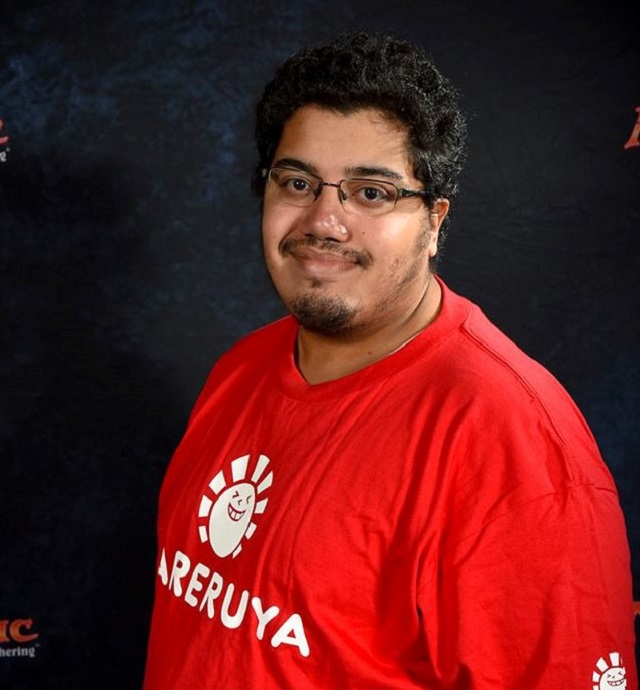 This Time we have Christian Calcano(@CCalcano).

Christian Calcano is a Pro Player from the United States of America. He has two wins, at GP Minneapolis 2012 and GP Atlantic City 2015, in nine total top eight finishes. He has also three additional top 16 finishes, and at the Pro Tour: Ammonket he has won the top eight awards.

I love to watch Sports!

End of 2003 is when I first learned to play through a friend at a card store in New York. “Darksteel” was the first prerelease I played and after that I never looked back. 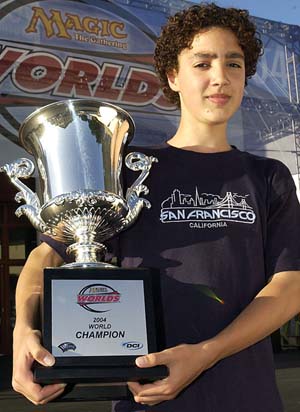 If you have one, who is your favorite Japanese Player and why? 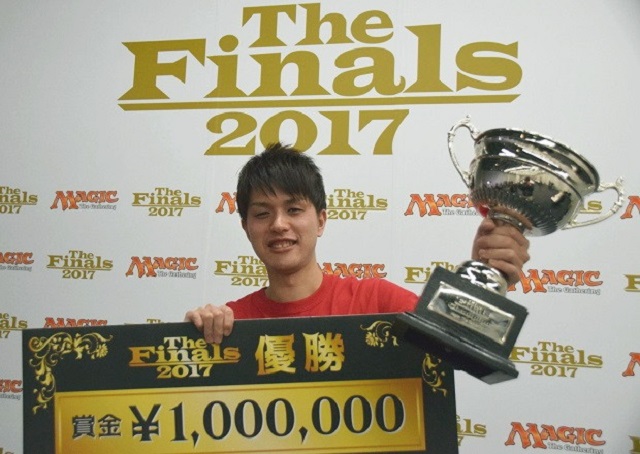 It’s a difficult question because I’m a fan of so many, but if I had to pick one it would be Kenji Tsumura. He’s one of my heroes and I remember always checking coverage to see how he would do.

Favorite MTG Format and why?

Draft because I feel it captures every aspect of the game and can be played from a casual level all the way up to a professional level. There’s no better way to get a better understanding of the game than drafting.

Favorite MTG Decks (in each format) 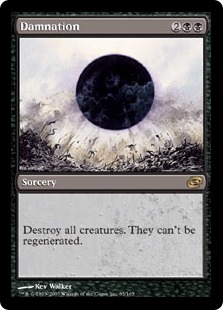 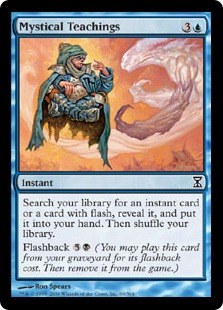 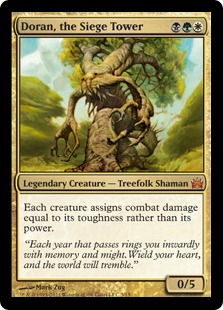 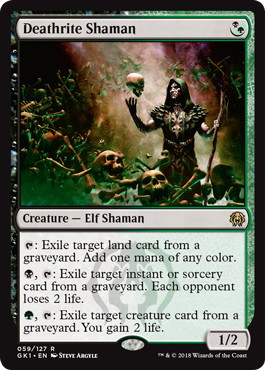 What is your favorite deck ever (decklist)?

This was among one of my favorite decks I played at a PT, it was a UB Vampires deck that myself and a player named Øyvind Andersen worked on for PT Paris 2011. I went 7-3 with it and finished in the top 64! 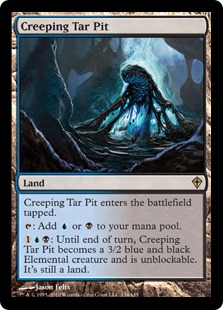 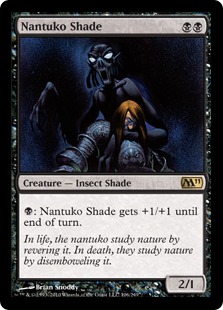 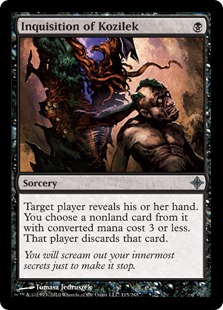 What is your favorite card in War of the Spark? Where do you think we can see play this card ? 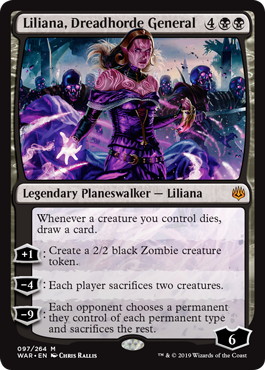 Definitely 《Liliana, Dreadhorde General》! Card seems very powerful and should definitely make its way into the BG decks in Standard!

What was your best experience in a MTG tournament? 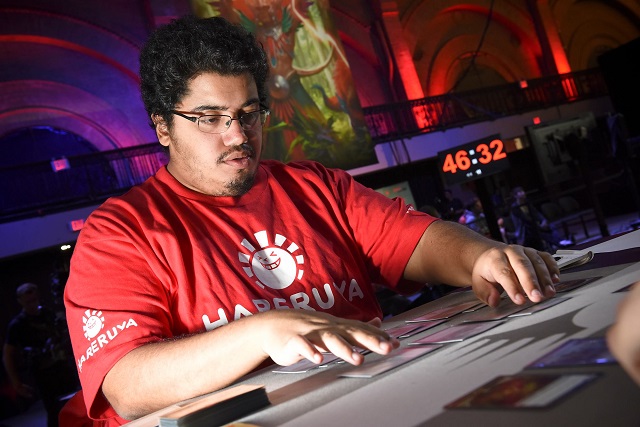 For me personally, it was easily competing in the 2017 World Championship. Playing on that stage along side the greatest players in the game was very special.

Talk to us about your testing team members? How do you guys met and prepare for events?

Well, my teammates are players from all over the world, mostly Europe and Asia. We discuss and test online leading up to the event then meet up a few days prior in person to test live. I honestly don’t think I could pick one teammate for those.

Tell us about your MTG schedule this year. What event are you going to join?

These are the events I’ll definitely be playing in, may add some SCG Opens and MCQs as well depending on how my year goes.

How do you like Japan? What are your favorite things to do in Japan and what is your favorite dish? Are you planning to come to Japan in the near future?

Japan is one of my favorite countries in the world. I like to go out to eat, play at arcades, and party with friends. I’m not sure when is the next time I will visit but hopefully soon!

Recently your good friend Andrea Mengucci won the Mythic Invitational, the biggest prize pool ever. What this inspire to you? What do you think about the growth of MTG and the future of MTG? 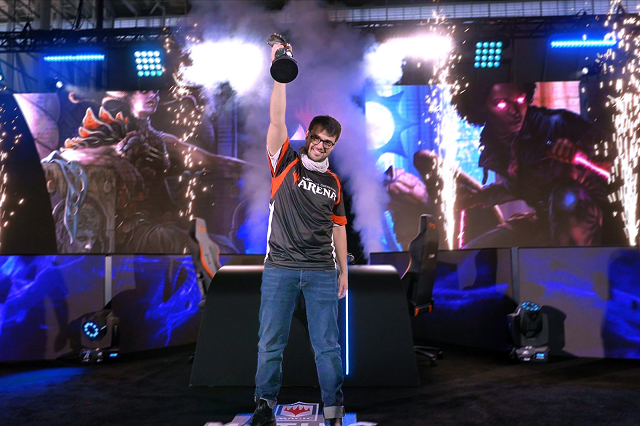 I was incredibly excited to see Andrea win and I think this is only the beginning for Magic. I always dreamed of Magic one day having tournaments like this with so many viewers and huge prize pools and we’re finally here.

His win certainly inspires me to put in more work and try to become the best that I can be so I can hopefully join him and the rest of my friends in the MPL.

In London, during the Mythic Championship, we saw a new Mulligan Rule. What are your thoughts about it?

Well most of the talk has been about its affect on Modern, but I’m more excited about how it plays for Limited. Having this added level of consistency should make for less non-games and more epic matches so I’m excited for that!