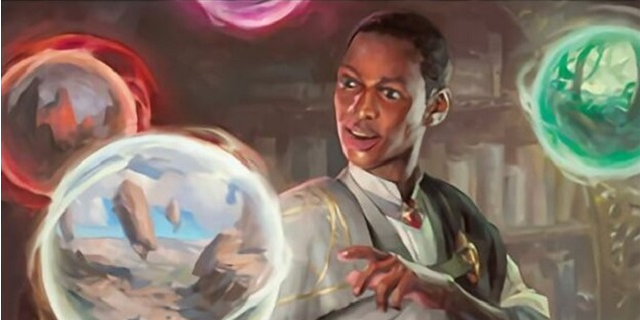 Grand Prix not being an option we have its replacement coming to Arena soon in form of Arena Open. As the last one we had (in limited) was extremely successful, Wizards decided to do that again! As a result, I have been poured in Strixhaven limited for the last couple of weeks trying to master the format. 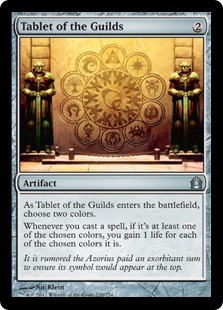 I am usually skeptical about “Guild” sets because they can often create a scenario when the set is extremely boring/easy to draft/high-variance when one of the guilds end up being way more powerful than the others or there isn’t enough fixing to draft decks outside of the 5 color-combinations presented.

Fortunately, Strixhaven isn’t like that at all – the format is extremely complex with many different viable decks – not only you can play more colors but there are also multiple ways to build the guilds(schools) themselves!

I know that the Arena Open is only a Sealed Deck but this is more of a general article about Strixhaven limited so I will talk about how you should optimally draft and build all the viable strategies and that knowledge should be translatable to sealed as well. 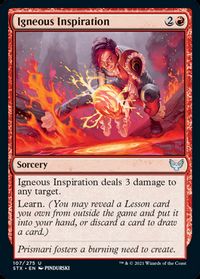 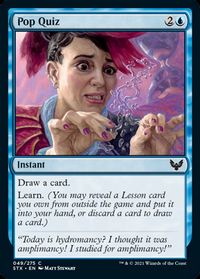 Before I say anything I think I should take this time to talk about the new mechanic a little bit – “Learn”. When I first saw it I actually didn’t think that much of it because my first instinct was that almost every single card you can go get is slightly overcosted (more than you would normally like to pay for such an effect) and I valued it as less powerful than drawing a card and therefore I thought it was kinda bad.

Boy, I was wrong – turns out that learn is EXTREMELY powerful and you should almost always play all of your learn cards which also means picking them very highly (as well as the lessons).

The reason why learn is so good is that “drawing” a card becomes less strong in the late game because 1/3 of your deck are lands and you can also draw some of your low-impact cheap cards, but learn always “hits.”

Not only that; it’s also extremely versatile – if you draft correctly you will have access to almost any kind of effect you might want – removal/creature/pump spell/card draw/land AAAND on top of that you can always loot. 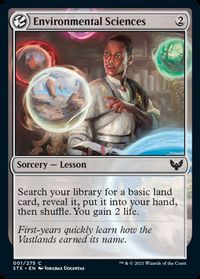 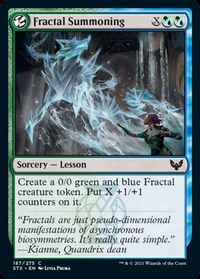 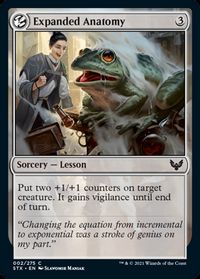 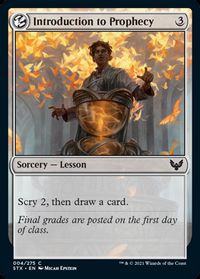 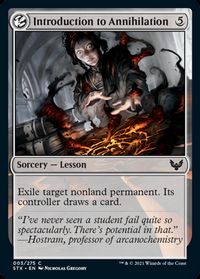 By far the most important lesson is 《Environmental Sciences》 (allows to play crazy Xcolor decks because every learn card is also a source of a color). After that, it really depends on your deck but for example, the 1st copy of 《Fractal Summoning》 is also very important as it allows you to have an insane late game (every learn card means a giant body). 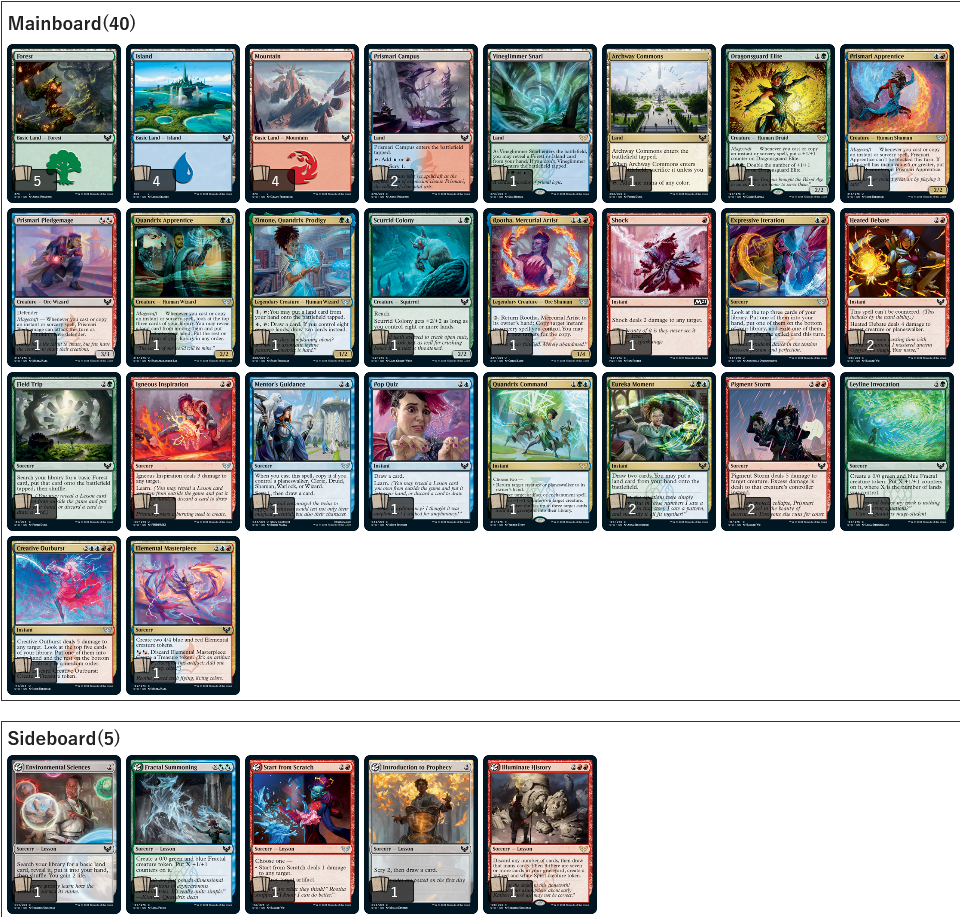 I think that the format is deep enough that we will probably see some shifts in the “metagame” as people figure out how to build all the decks optimally and the pick orders change etc.

But as of now the most winning strategy for me is “Temur good stuff” (can be more colors as well). – The picture presented is one of many similarly looking decks I was able to draft and the basic idea is very simple – you just draft all the best cards and overpower your opponent. 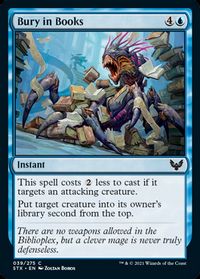 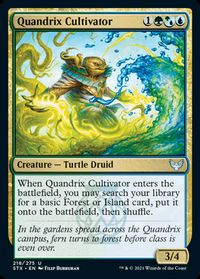 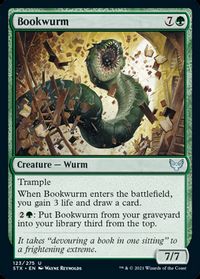 There is infinite access to value cards and removal in these colors and despite the fact, it might look like I got lucky to get a deck like this I assure you that you will be able to get something similar way more often than you would think. It takes a couple of wraps to know when you should pick certain cards (it’s especially difficult with lands) but the rewards are certainly there! 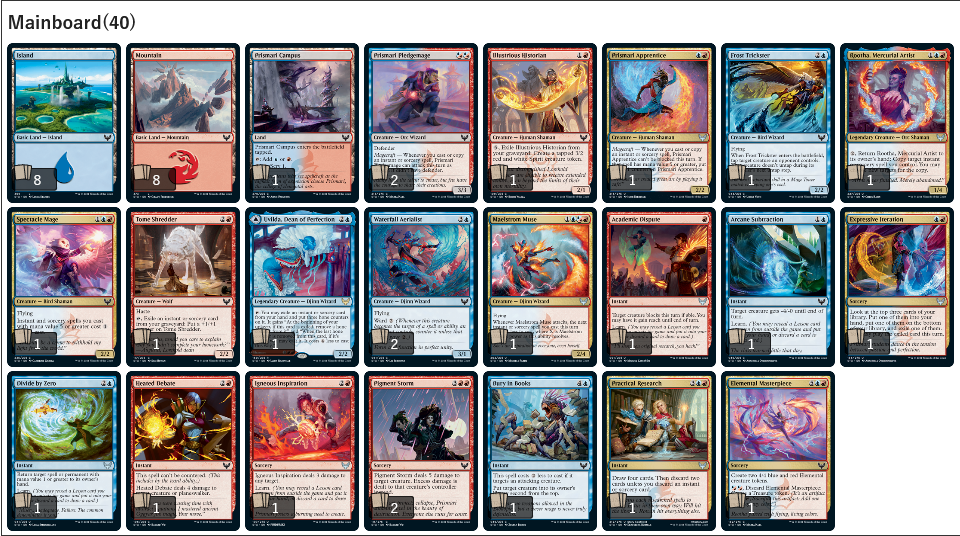 So, there are 2 ways you can build Izzet (and often it’s somewhere in between) and this is the more tempo-oriented version of the deck that I also think is better and should be the way you should be drafting the deck most of the times. 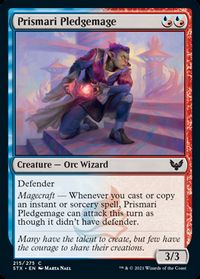 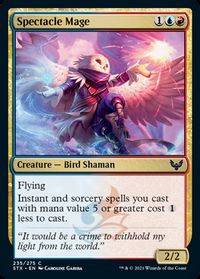 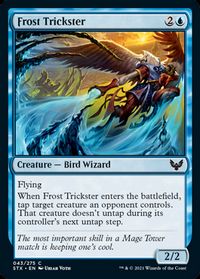 Just pick all the good cheap cards and try to avoid any of the “too” expensive cards (you can still play 1-2 if you have enough ways to make them cheaper) but for the most part, try to stay low to the ground. 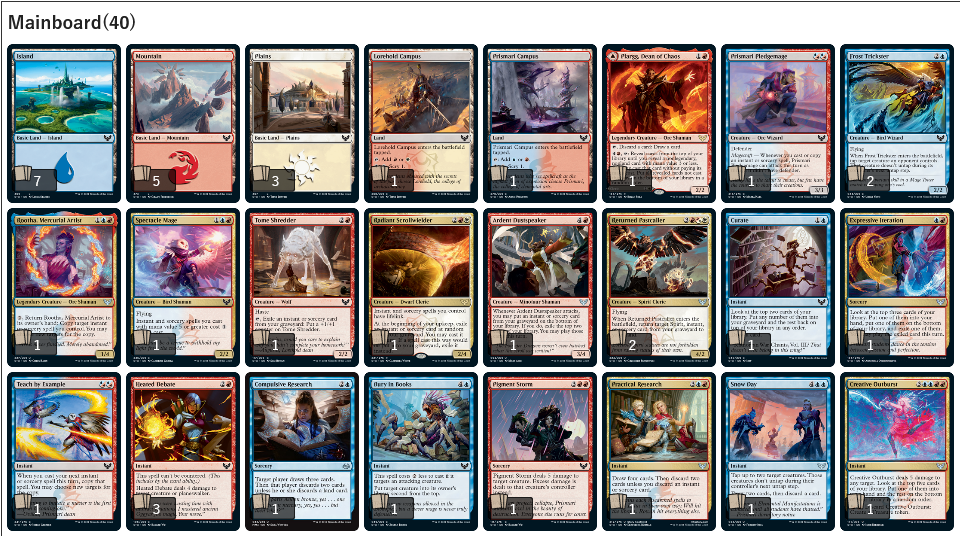 This is a deck that LSV posted on Twitter and it’s a great example of a second type of the U/R deck that you can draft. Given the nature of it – more midrange with higher top-end and more powerful cards you often end up splashing another color so draft with that in mind. 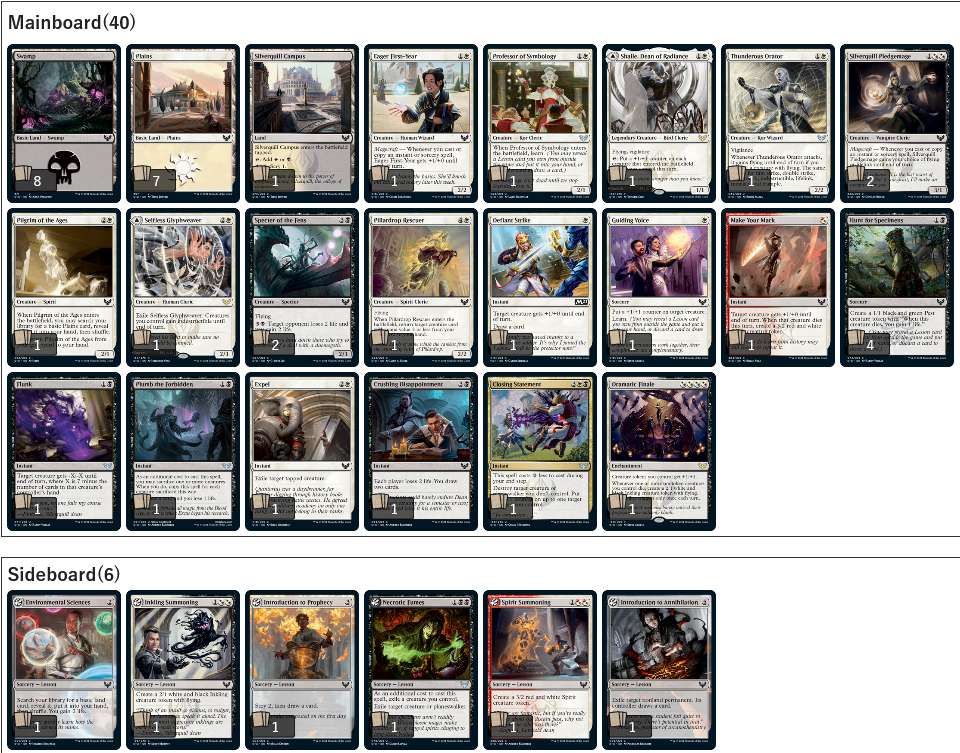 This is a deck that Seth Manfield posted on Twitter and I think that B/W is the 2nd best strategy in the format after Temur. It just so happened that B/W got an incredible number of good commons and kinda has it all – good cheap creatures, removal, way to grind and it also excels at punishing people who decided to go a little too greedy. 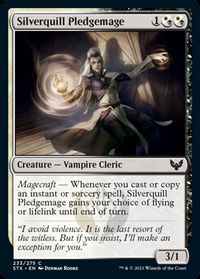 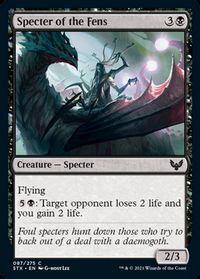 One thing to keep an eye on is that there are many good expensive cards (4+) available and because after all, you are still a white creature deck that needs to have a good curve to cooperate you need to take them lower and focus on the cheap cards. Also of note, 《Silverquill Pledgemage》 is insane – don’t mistake it for a random replaceable common and take it given the chance! 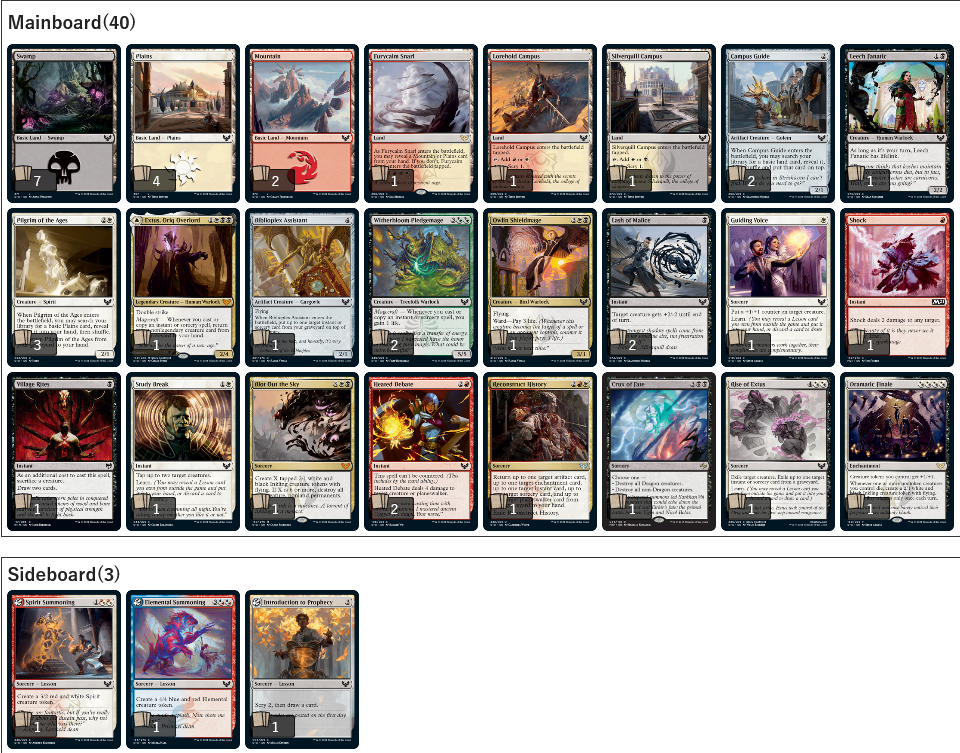 You of course don’t have to be Mardu (you can be only Boros or b/w) but the general idea remains the same – just pick all the good removal of good creatures and try to out grind your opponent. The problem of this strategy because of the nature of the format is that its sometimes really difficult to out grind some of the U/G or U/R decks as they just have more card advantage and I wouldn’t really go for this unless I opened a busted rare, but it’s definitely important to know that it exists.

One thing that I would like you to not overlook is 《Reconstruct History》 – as you can see in the above deck I do have some incidental artifacts/enchantments in the deck and this card is one of the few ways to have “inevitability” in your deck. 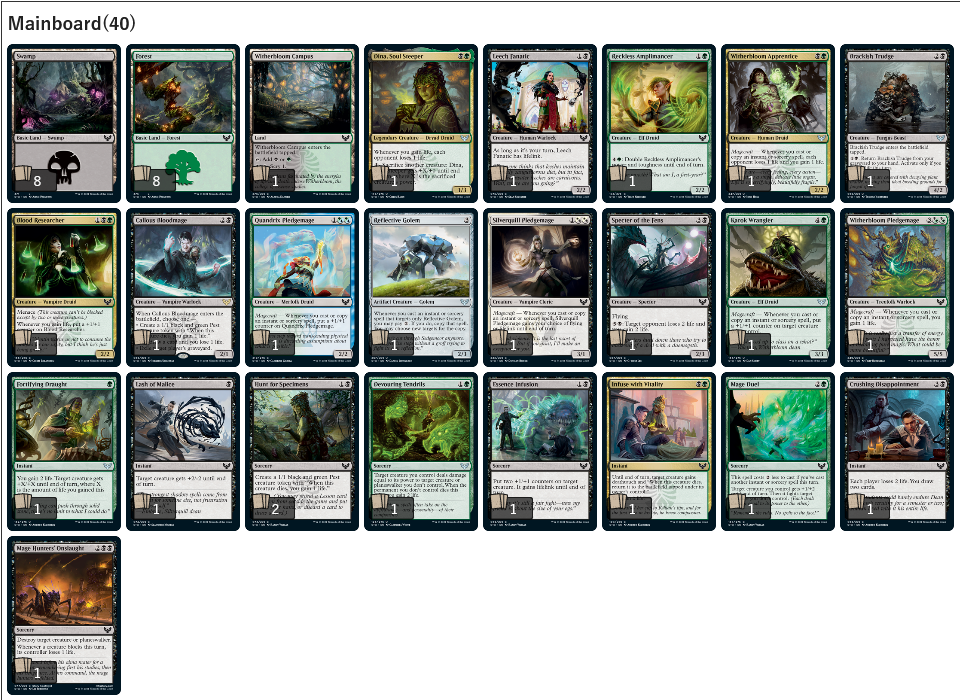 When the set was released I just kinda assumed that the main strategy of B/G would be about saprolings, sacrifice outlets, etc. but it turned out I was wrong – you will of course have some incidental synergies like that in some of the decks but most of the successful B/G decks I had were more aggro oriented – the good old strategy of good creatures and spells just works way better than trying to get cute and focus too much on the synergies.

As it always is with sealed – it is way harder to build a good aggro deck as it’s not very likely that you will hit the critical amount of cheap creatures you need to make it work.

Therefore it usually turns into a grindy slug-fest centered around rares and Strixheaven is no different. Don’t be afraid to do crazy things like splashing the 4th color, maxing on counter spells/discards, and just doing the most powerful thing you can. 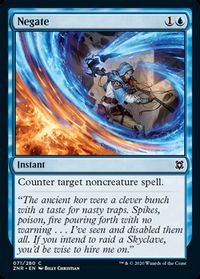 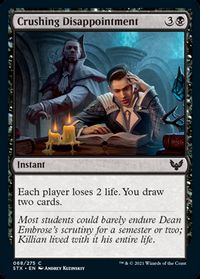 Cards like 《Negate》, 《Crushing Disappointment》 might be too situational to play in the draft but I would almost always include them in my sealed decks. 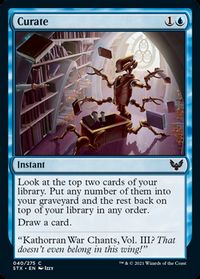 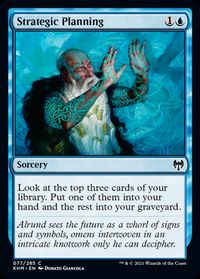 There are many cards that manipulate your library in the format like 《Curate》 or 《Strategic Planning》 that also go up in value in sealed as they make your deck “smaller” and give you access to your rares/answers for rares more frequently so look out for those!!

Before I finish this article there is one completely overpowered deck drafted by Louis Deltour and I just feel obligated to share to give you an idea of how deep the format actually is: 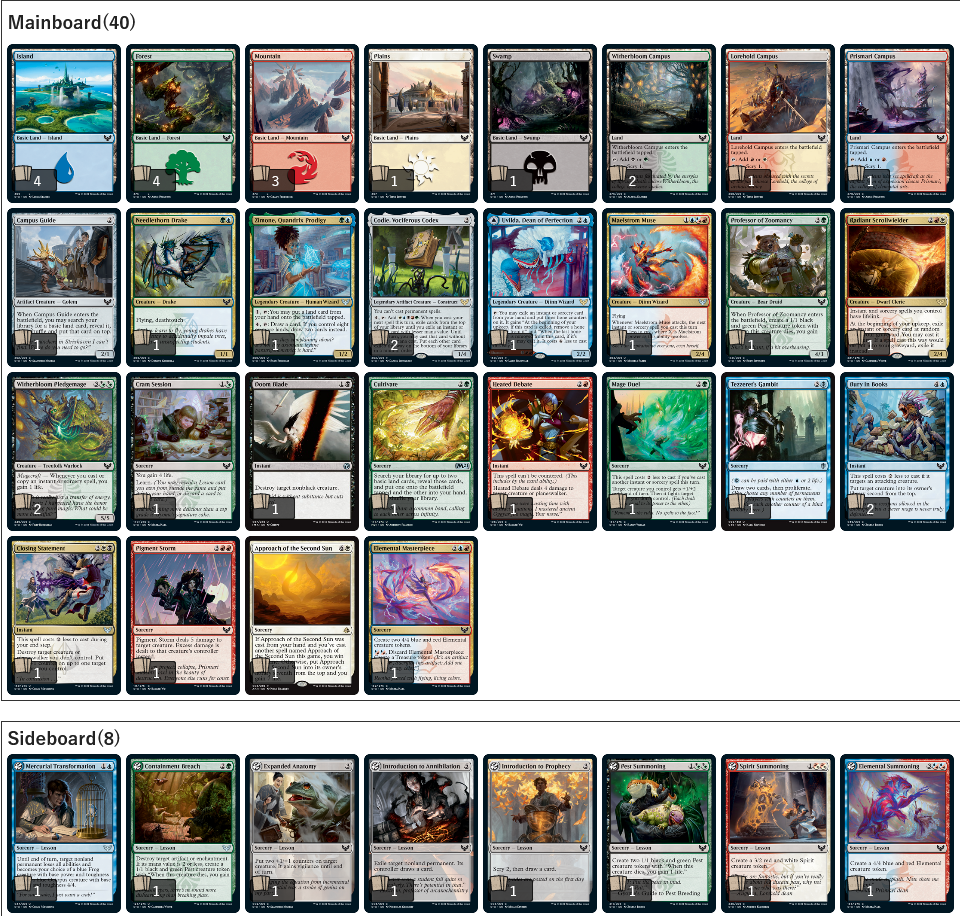 That will be all for today! If you liked my article and would like to see more of my content definitely check out my Youtube/Twitter page!!