Hello everyone, today I will share my first impressions of Innistrad: Midnight Hunt Limited (which I have been enjoying a lot).

Innistrad occupies a very special place in everyone’s heart when it comes to Limited, so expectations are always high when a new set comes out and it is about our favorites werewolves. Maybe after midnight, they won’t be our favorites anymore, but let’s talk about that later.

As it was the case before, the graveyard matters a lot on this set. We have flashback again (and again) but also a new keyword on “disturb”, that mashes together DFC cards and flashback but this time on creatures. 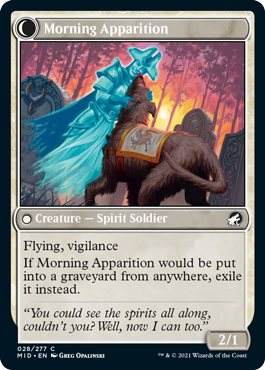 Most creatures (or should we call them spirits) aren’t that impressive, and their status is not necessarily better than the original ones (different from Amonkhet’s versions of this kind of effect). 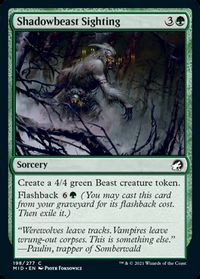 Flashback costs are also kind of expensive, but don’t be mistaken: Both these mechanics provide enough card advantage that you should either be playing them or having ways to remove cards from your opponent’s graveyard. 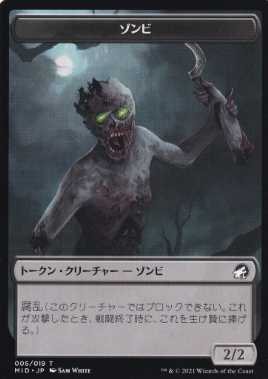 For me the big surprise of the set was decay. When I first read about it, I thought it was going to be a very weak feature, as the tokens can’t block and die after their first attack. 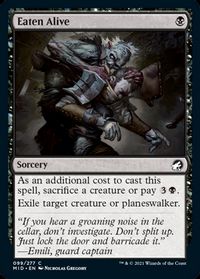 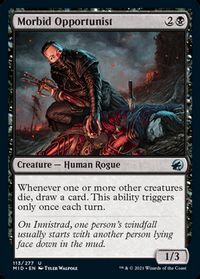 Although, I was wrong. The secret about decay is not on the combat phase, but on what use you can find for these tokens. There are a lot of cards that require sacrifice, and generate you a lot of advantage if you can just sac a decay token. Not only that, but creatures dying matter a LOT, especially with the best uncommon of this set, 《Morbid Opportunist》.

I had the chance to play quite a few drafts, and so far I think Blue and Black are the best colors, mostly because they have access to both decay and self mill (which allows you to exploit your flashback and disturb cards). 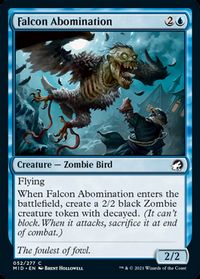 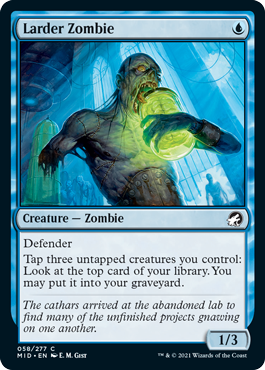 It’s normal to have colors that feel a little bit stronger than the others, but they might have gone a bit too far with these two. I’m not saying that the other colors are not playable, but the depth of playability of blue and black cards makes it very hard to justify not picking either color very early in the draft. 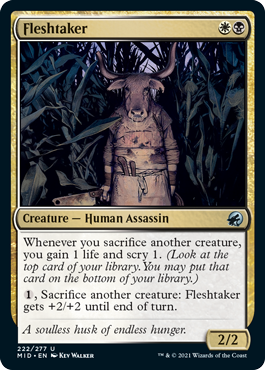 White is a bit behind as the third best color, and a very good fit to pair with either Black or Blue (even esper). You can have access to both self mill or ways to generate value from decayed tokens (《Rite of Oblivion》//《Fleshtaker》 are fine examples). 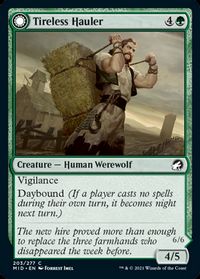 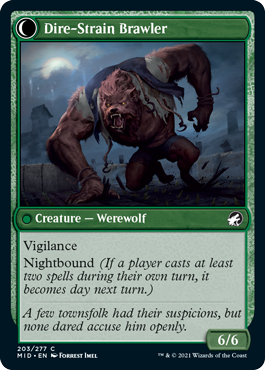 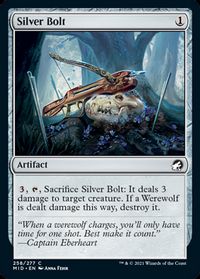 Now let’s talk about our beloved Werewolves colors and their prime mechanic: Day // Night. Let’s just say that I’m not impressed. There are so many removal spells, and even a colorless one that hoses werewolves – Don’t leave home without your 《Silver Bolt》– , that they rarely live long enough to see the light of day (or the bright of the moon, I guess).

I will make a small ranking of colors and the best Common and Uncommon for each color and explain a little bit of why.

As I mentioned early, for me blue is the best color as it has all the best things in this set, allowing you to have card advantage, board presence and abuse the set’s mechanics. 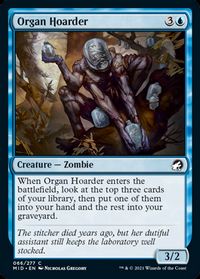 《Organ Hoarder》, this card brings me 《Sarulf’s Packmate》 vibes, it’s a 4 mana 3/2 that you put the best card from top 3 in your hand and you can generate value from the other 2 cards that you will put in your graveyard. 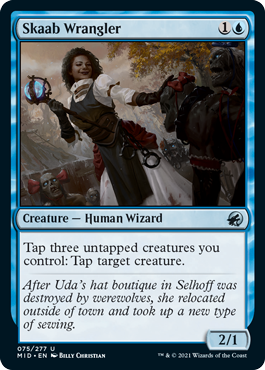 《Skaab Wrangler》, in blue you have many ways to make Decayed Zombie tokens and this card helps you to control the board.

Black has some good removal and good ways to make Decayed creatures so it’s my second best color!

《Diregraf Horde》, this card is INSANE!! I talked about how graveyard is important and here you can exile two value cards from your opponent and you make 2 Decayed tokens that you can generate value from them.

Paired with either black or blue-white has some good cards with Disturb/Flashback. 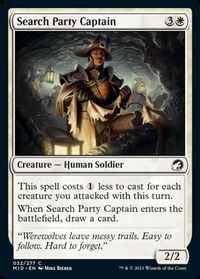 《Search Party Captain》, most of the time it’s going to be a 3 mana 2-2 that draws you a card, but it can cost less which feels amazing. 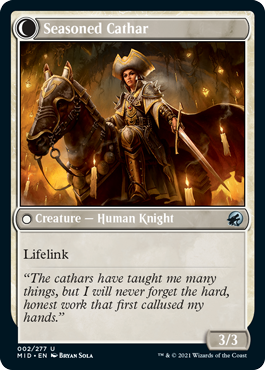 《Ambitious Farmhand》, solid 2 drop that gives you card advantage and can easily transform into a 3/3 with lifelink.

The best way to use green is to go the self-mill route and abuse the cards with flashback that makes tokens. 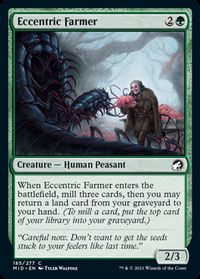 《Eccentric Farmer》, its the green version of 《Organ Hoarder》, a little bit weak since (sometimes) you can whiff the ‘draw a card’ trigger and you don’t choose the card, but costs one less mana and has a decent body. 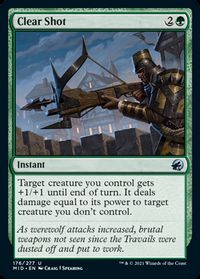 《Clear Shot》, solid removal and can kill 2 creatures for 3 mana, not fighting and being an instant spell makes this card fantastic.

Red is more a support color for your Blue or Black decks, since you don’t really wanna play the red 2 drops but it has some solid removal. 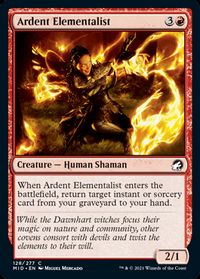 This one was a little tricky because there are 3 really good commons in form of 《Electric Revelation》 // 《Moonrager’s Slash》 // 《Ardent Electromancer》, but I think 《Ardent Electromancer》 is the best one since it’s a body that buys you back a removal and it’s good with self-milling as well. 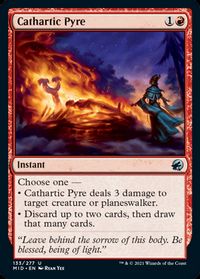 《Cathartic Pyre》, good 2 mana removal that can loot away some lands if you are flooded or so. In the right deck, I think 《Seize the Storm》 might be a stronger card if you are heavy on spells.

That’s it for today. I hope you guys are having a ton of fun with this format as I am, and I guarantee you that there is still a lot of interesting gameplay to enjoy on this set even if you are probably going to end up with a lot of blue and black decks along the way.

Stay safe and have good games!