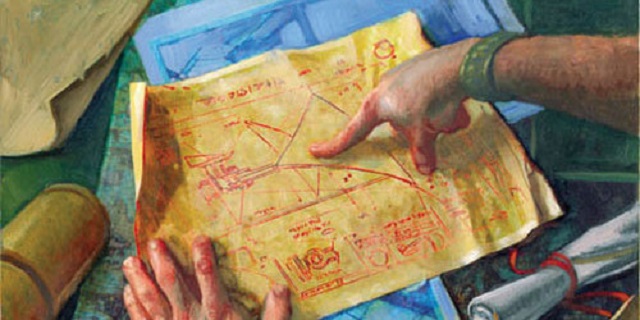 Hello everyone! And welcome to my last article for Hareruya, at least for a while. As you know, the pandemic affected Magic badly, especially tabletop play obviously. In consequence, and without the possibility for players to represent the brand playing all over the world, is that Hareruya had to see their number of sponsored players reduced, which is very logical.

In addition, with the announcements from Wizards discontinuing the Pro Leagues I started to look at the side to expand my horizons. Gaming and investing in cryptocurrencies were two of the activities that I had been more attracted to and I found Axie Infinity, which combined both. This is why I’m shifting my focus from a MTG player only to playing other games, doing other stuff, even though I will still compete in the following Set Championships as I am already invited for being a part of the Rivals League. 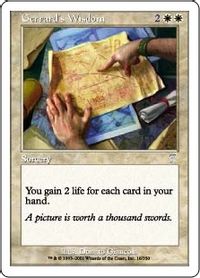 In this article, I want to tell you how for me, all the years of playing Magic had helped me enormously into moving to a different game, and looking for other opportunities and meeting new people.

When we have a lot of time playing Magic, we tend to take for granted a lot of thought processes that we are used to doing and it’s really something that most of the people without a vast strategy gaming background don’t have. These are some to name a few:

Focusing on What Matters 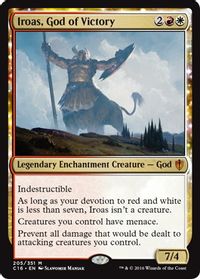 When we compete in a game like Magic, we know that there is one goal over everything else, winning the game we are playing. Therefore we take decisions trying to maximize the chances of getting to that ultimate goal. Inside that journey, we will have different mini-goals that we believe will give us a better chance of accomplishing our main goal of winning the game, like killing a planeswalker of our opponent or protecting ours, preserving our life total, etc.

However, a thing that the better players tend to recognize better than the less experienced ones is focusing on what matters over everything else. It doesn’t really matter if we win the game sitting at 1 life or at 20 life, if we lose without taking any points of life to our opponent or if we leave them at 1, at the end of the day (or the game in this case) what will matter is who won. 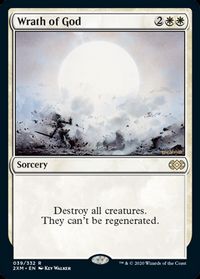 So to set an example, if you are an aggro player and your opponent has sweepers in their deck, such as 《Wrath of God》, an inexperienced player might be shy to play all of its creatures being afraid to have its board destroyed and left with nothing. 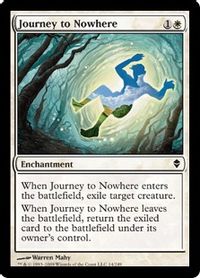 This is something very common that we do all the time playing magic but it can even be translated to daily situations. Imagine you have to be in an airport in 1 hour, and the train takes 40 minutes, but there’s only one train every 2 hours and you don’t know the schedule.

However, you can also drive but the drive takes 1h:10 minutes. You’re only out is that you go to the train station and there is one in the next 20 minutes, because driving it’s not going to be enough. Most of the time you will be sooner by driving, but you are still late, and that’s the only thing that matters.

However, if you are lucky and you go to the train station and there’s a train about to leave, you’ll make it in time. This type of reasoning comes up a lot in all the strategy games, in chess sometimes you can sacrifice an important piece but make a checkmate from there, etc.

High Risk Low Rewards? No Thanks 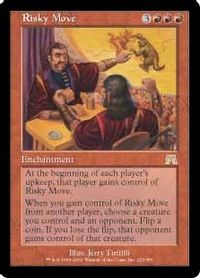 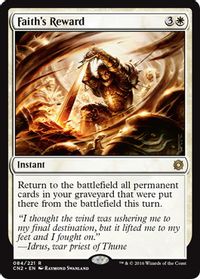 Another super important thing that we do a lot while playing Magic, is measuring the risks that we want to be taken according to the potential rewards that might come with taking them.

It’s very common that when playing Limited, we have a larger creature than ours in front once we are entering the combat phase and we think “should I attack hoping that my opponent doesn’t block in fear of a combat trick and I get some free points of damage?”.

There’s obviously never a mathematical result for all of this, however when we play a lot we tend to identify better when it’s worth the bluff and when it isn’t. Most of the time, you don’t want to risk your creature because the % lost by losing a creature is higher than the % won by sneaking some damage. 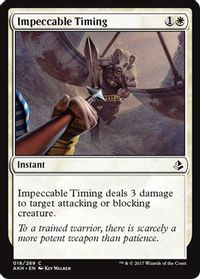 However, the best players will identify through different circumstances (your opponent’s creature being too valuable for them, your imminent need for taking those points from your opponent while they don’t know how important it is, etc) when is the best time to make that bet.

Focusing on What You Can Control 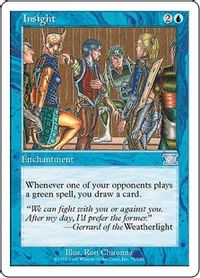 In Magic you can control a lot of stuff, and go in many different routes, however you can’t control everything, especially the top of both decks. This is why the best players are not going to focus much on how the RNG affected the game, they are going to analyze if their decisions were maximizing their odds of winning or not.

Every effort that you put into taking into consideration how randomness affects a game is an effort that you are not putting into trying to find the best plays. I understand that sometimes to get a bad beat off your head telling it to someone else to find condolences will help, but the ultimate goal is to focus only on what we can control. This will also help us to not feel down when we lose to bad luck.

The experience that I have gained in these three topics as a Magic player has helped me a lot to find success playing Axie Infinity, and my accomplishments playing Magic also helped me to find good players interested in working together.

Last but not least I want to say that even though the present of Magic might not be at it’s best in terms of tournaments and challenges for competitive players, I do think that Magic will come back strong as it always does. The game has been active for about 28 years for a reason, and it’s the precursor of all the strategy card games.

I also want to publicly thank Hareruya for all the support that I received from them during the past years, especially in the beginning, when I didn’t have many accomplishments and being sponsored helped me a lot to be able to keep traveling and competing worldwide.