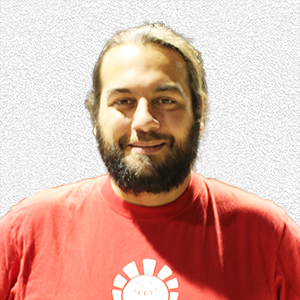 I am very happy to welcome you to another one of my articles. Before we get things started I want to share my thoughts on my trip to GP Chiba with you. I went there straight after the World Magic Cup 2016 and it had been my first time in Japan since PT Kyoto in 2009. At first I went to the Hareruya Tournament Center and it was a blast. I did not really know what to expect but I was excited about it, because everyone who has been there before was overwhelmed and eventually so was I.


I went there on Wednesday noon to find out that there was a Standard tournament with 50 players as well as a Modern tournament about the same size. Besides the fact that I can’t see such things happening in Europe any time soon there was also a Legacy tournament with 160(!) players at Hareruya Tournament Center. It was a Qualifier Tournament for The Last Sun 2016, a very prestigious tournament in Japan, but to me that number is still crazy, especially on a Wednesday. I enrolled myself to practice with my legacy deck and experience the whole atmosphere. All players and the staff were very nice and I almost finished in the Top8 of the tournament. I would recommend to everyone that you should visit the store when you are in the Tokyo area, it’s certainly worth it.

Next up was the actual GP and the event itself was not a success for me, as I got sick the day before. But the event by itself was something different. I have played GPs in a lot of different places and every GP is something new. This one was by far the best I had ever attended. It ran much smoother than the GPs with 300 people (yes, I attended GPs this size) and everyone seemed happy all the time. Tomoharu’s concept for this event was something different and all organizers should learn something from this event as it truly was a milestone. You can find an Interview with the Hareruya Boss on the Coverage page of GP Chiba, go and check it out!

But now let’s hop into the topic of the day and that is the set of skills needed to perform in a multiformat tournament. At first glance this does not look like it is super important but after I put a lot of thinking into it I believe it’s a topic that is worth discussing. As Pro Players we are used to playing multiformat tournaments, at least four times a year. The Pro Tour is split between Standard and Draft and there certainly is a huge difference in gameplay and how to approach a match depending on the format. When I look at myself I always struggled at Limited until I got to the point where I decided to invest a lot of time to learn how limited works. It took me almost 15 years until I felt comfortable going into a Draft at a major event.

I always saw myself as a contructed player but understanding limited is so much more challenging and it can help you a lot in your constructed matches. Just think of all the boardstalls you had in your Limited matches. You have to find a way to manoeuver out of these situations and this is something that hardly ever occurs in constructed. Sure, in constructed you have to know your deck in and out and you have to find the best line of play possible. But it is also far more predictable than in limited.

Last weekend we had an invitational tournament in Vienna that used 5 different formats. Draft, Sealed, Standard, Modern and Legacy based on how the Players Championship works. Only 16 players were allowed to play in the event and even though I was not able to participate myself, the store had video coverage of the event so I was able to follow the whole thing from home. There were several things I found interesting that stood out to me, which lead to me writing this article.

The player field consisted of grinders and GP Players throughout all of the formats and some Pro Tour veterans like Valentin Mackl and Immanuel Gerschenson. There were five players that I considered strictly better at playing Magic than the rest of the field and eventually four of them ended up being in the top 4 of that event.

Do I think they were lucky to get there? No.

Do I think they made it because they had better decks? No.

They made it because they have a better approach to the game and because they are all able to play limited at a proficient level.

How did I figure this out? I watched most of the games and I saw a lot of flaws in how to approach the game by different players in different formats. In Standard every deck has its own gameplan and you do not have a lot of room to fool around. In Modern you have to try to be as fast as possible as the gameplans are very powerful and you can’t keep hands that do not win within the first few turns. In Legacy there is a lot of gameplay, lot of interaction, and way more room to mess up with things like 《Brainstorm》 but there is also a lot of ways to defend yourself thanks to 《Force of Will》 and 《Daze》. This is just a very short description of the formats and how I would summarize them in one sentence.


Not everybody is able to play all formats and know their decks, but you have to try to understand how your deck works and which hands you have to mulligan. A lot of players failed to do so at this tournament. On the other hand it was a true delight to see how good a “real” legacy player can play with their weapon of choice. One guy played Miracles at a lightning fast pace and without making any mistakes. One played his pet modern deck Death’s Shadow Aggro to perfection and even updated his list for this small event and in Standard the hardcore grinders grinded their way to perfection.

And then there was Limited. I have played this format a lot and I also really like it a lot. I also think that I understood this format from the very first minute and I managed to do a good job at all the limited events I have played. Watching this tournament made me realize how important it is to understand limited to become a great Magic player. All the small things about card evaluation, pick-order, which cards work well together and being able to tell how a game should play out. Most of the draft decks looked really bad, even though the card quality was rather high. In this format synergy matters a lot and that was totally lacking. Four people understood how the format works and all of them succeeded in the limited portions and eventually ended up in the top 4, mainly due to this.

This phenomenon is also visible at a lot of Pro Tours when people go 9-1 in constructed and yet fail to find themselves in the Top8. I know that sometimes you just have a bad draft deck or draw horrible, but in general a constructed run like that should put you into the Top8. I am saying this because I was in the exact same position some years ago and I am still sad about it, but I just was not good enough at drafting but I’ve paid my dues. It is very rare that you actually got the broken deck of the format at a Pro Tour, but when you have your Cawblade you better be able to play limited as well. Same was true at the WMC where all players qualified through constructed events but had to play limited as well.

I am not saying that you can’t find success in Magic if you are not a good limited player, but it will certainly help you and if you want to win at a multiformat event you need it. If you are only interested in Legacy or Modern this might not be the most helpful advice, but if you are trying to get on the Pro Tour you should play more limited and improve as best you can. (And I still hope that they bring back Nationals as it was always the most exciting tournament of the year 😉

That’s it for today, I hope I was able to give you some insight and some motivation to up your game. I wish you happy holidays and you will hear from me again after the new year, with my thoughts on Aether Revolt. 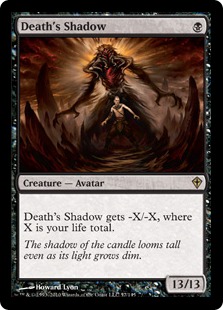 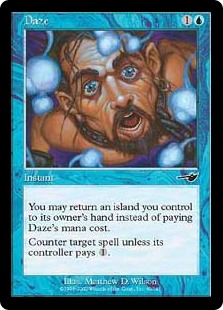