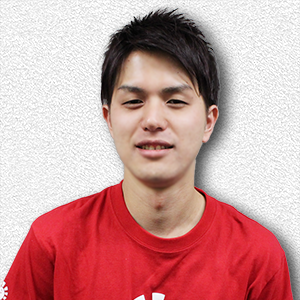 To put it simply, teams of 6 players will be competing based on their combined yearly Pro Point totals, with the 2 top teams qualifying for a Team-Series play-off at the end of the year.

I’m incredibly grateful for being able to team with these amazing players, I’ll try to be brief with the introductions for the Last Samurai members!

Priding himself on being a combo master for constructed, in Limited however he is known for his unconventional decks and unique sensibilities.

Takimura with his straightforward personality is always serious about magic, whether it be an event or just practice. When we stray to far off the path and play around, he is always there to get us back on track.


Making sure that we’re always having fun, ever the team morale-booster. Going as far as trying to suggest we name our team “Sushi Tenpura”. Speaking of that, I was totally gung-ho about that name.(^_^;)

Tama-chan also often appears on Official Japanese Magic broadcasts, unlike his personality as a broadcaster his play-style contrasts quite sharply as he always play a very calm and precise game.


A legendary deckbuilder & creator of the Extended “CAL” deck.
【CAL】

His ability for deckbuilding is unparalleled, but he’s also quite the skilled Limited player, where if you pass him a G/X anything deck there are few players more intimidating.


He is also the pioneer of Japanese pro magic, and the player I respect the most.

When it comes to Magic he might be perfect, but he is quick to anger at the overuse of mayonnaise, no doubt a fatal character flaw.
[For clarification, ask the man himself or Kenji about the mayonnaise episode]


The first Japanese player to find success on the international stage. However recent Japanese players are probably more familiar with him as a commentator for Magic, but back in the day he also pioneered lots of decks as a top-level deckbuilder.

One of his most amazing traits is his ability to never forget that Magic is a game where you’re supposed to have fun. A great example would be during GP Seattle 2005, where he played a Sneak Attack deck of his own design, that was a joy to behold and generated quite the buzz.


OyaOya Pros “Commander of the Vanguard”
[Oyaoya is what Yuuya Watanabe would comment on Kenji’s weekly MTGO stream every time he made a play mistake and it eventually become something of a meme.]

It’s with much regret I must inform you we did not get our uniforms made in time, so starting from Pro Tour: Amonkhet we will be wearing our new & awesome uniforms! We hope you’ll cheer for both team “Last Samurai” and our friends in team “Hareruya”.

See you next time,

Kogamo is one of the only 7 Japanese members of the Magic Pro Tour Hall of Fame. He counts 6 PT Top 8s to his credit, tied for the most by a Japanese player alongside HoF ’12 classmate, Masashi Oiso of Tokyo. With his chipper personality, and sincere passion for Magic, he is beloved by players around the world.