Stumbling and Bumbling into the Pro Tour Top 8 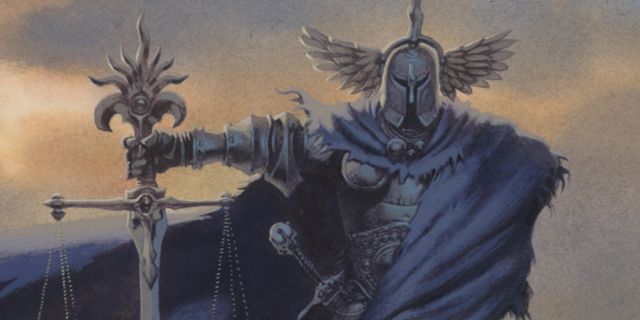 Once Upon a Time……

It’s a cold Saturday Morning January 1998, outside the local game store stands a boy Age 10 by the name of Kasper Nielsen, alongside his aunt and uncle, simply brimming with excitement. 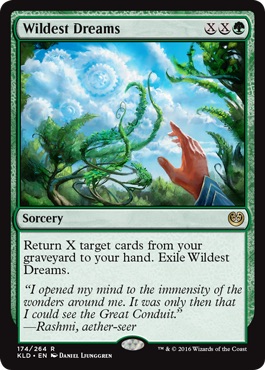 You see this was the first time this boy had ever been to the local game store, here as a Christmas present from his aunt and uncle, he was about to embark on a journey, that even he himself had never dreamed of, the journey towards the Magic: the Gathering Pro Tour.

You see this boy had only months prior been handed down a collection of these wondrous things known mainly as “Magic Cards” from his cousins, who were no longer interested in them, this had sparked an immense interest in the 10-year-old boy, which had ultimately led to his aunt and uncle offering up a shopping trip as this years Christmas present. 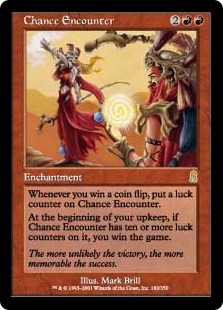 As he entered the store he was amazed at all the cards, booster packs, binders, and sleeves that were available for purchase, for those interested in the game of Magic: the Gathering, he was also informed about such a thing as local tournaments, taking place Saturday morning through afternoon, where powerful mages would meat-up and duel in a contest of skill.

As he left the store alongside his aunt and uncle his collection had been improved by a number of new singles, freshly purchased from the store, alongside a number of Tempest booster packs, which the boy could not wait to crack open, ultimately being allowed to do so over the lunch table by his aunt and uncle, the boy went into a booster-cracking frenzy, cards and wrappings going everywhere, until finally all the booster packs had been torn open, and he was left holding the cards previously contained within.

The boys gaze glanced through the pile cards until it fell upon the power of the mighty 《Krakilin》: 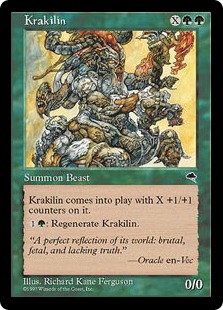 The boy could not believe his luck, never had he seen such a mighty and powerful creature, stories flew from his mouth, explaining to his poor aunt and uncle just how lucky he was, and just how much, this monster was going to defeat all his friends from back home, in the schoolyard, and at all the tournaments which he was yet too young to attend unaccompanied, by his parents decree.

For a number of years, the boy would make increasingly frequent visits to the LGS, to play in tournaments, acquire cards, but most of all, to meet his new friends, young and old tall and short, who shared his passion for this wonderful game that is Magic.

Alright enough with the fairy tale nonsense, Hi my name is Kasper Nielsen and I recently made the Top 8 at Pro Tour Guilds of Ravnica, if you guys are wondering why I wrote this silly little story, about my beginnings with Magic, it is because this is not an article meant to offer strategic advice, or deck specifics, if such are what you are looking for, I would direct you to the numerous articles, written by several of the Hareruya Pros here on this very site. 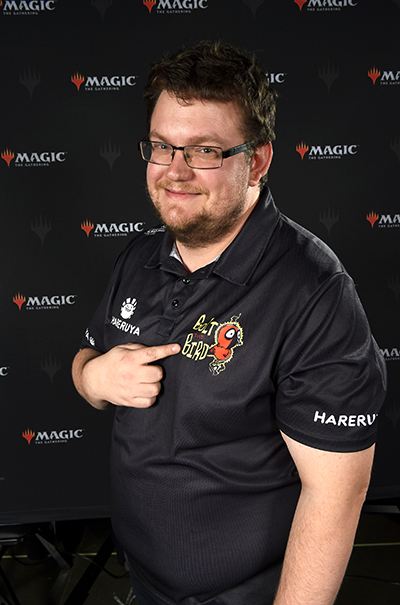 So if this article is not about strategy, then what is it about? Well my friends, this article is about the journey, which I have undertaken over the past 6 years since my return to Magic, and the years prior which enabled it.

You see, not all things Magic is about the individual strategic choices, nor is it about the individual play, made at that one game, which won or lost you a match in the PPTQ or the GP, Magic and in my opinion Magic success, is as much a state of mind as anything related to skill. I am a firm believer, that if you do Magic the way that is best for you, then your results will ultimately follow. 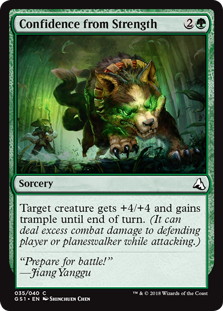 What do I mean with this? Well let me use myself as an example, about 3 years ago I considered myself to be an expert Magic player, yet my results did not reflect my inflated self-image, I had never played a Pro Tour, nor had I ever really made any results at GPs worthy of a mention, among my peers I was considered a strong player, and many believed I was worthy of playing at the Pro Tour, truth is I wasn’t.

The development I was going through at this point had taken a negative turn, things in my personal life, pertaining to my health (I suffer from a chronic arthritis style disease, which at this point in my life was making life very difficult for me) had resulted in what I can best describe as, the lowest my self-esteem has ever been, as a result, I had grown obsessed with Magic as my primary driving force in my personal life, I was starting to become bitter, I felt entitled to victories, and utterly destroyed when facing defeat, whether self-inflicted or not I found myself constantly blaming my rotten luck and quite frankly for a while I felt cursed. 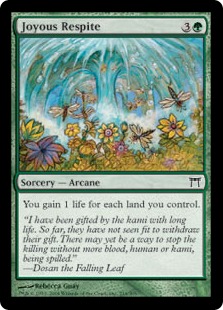 After this had been going on for months and neither my play nor my results, nor my general well being were improving, I decided to slow down a little bit, focus on work a little more (from a not ideal amount to a reasonable amount) focus on my health a little (Exercise, better-eating habits). I started achieving much more of a balance in my life, and Magic while still a massive part of it was no longer the overshadowing dominating force in my life.

Suddenly I had rediscovered the joy of playing competitive Magic, of preparing for competitive tournaments playing 10s of matches everyday preparing for a GP had suddenly gone from, stressful and full of anxiety, to joyful and filled with anticipation and excitement. This all culminated in me making my first GP Top 8 at the beginning of 2017 in Utrecht, now while I may not look it on any of the pictures from that tournament, I was ecstatic.

Anyway, I was finally going to achieve my dream of playing at the Pro Tour, I had a real chance to prove myself and guess what? I fell entirely into my old rhythm. I started sacrificing work, exercise and everything else, to hardcore focus on Magic, and you know what? I started that PT by 0-3ing the draft portion and consequently failed to make day 2, however while this was a massive eye opening experience for me, it also rather immediately helped me change my mindset, I realized how I was not the big deal, I had built myself up to in my head, and I finally realized that playing Magic at the highest level, took something that I had yet again lost, balance. 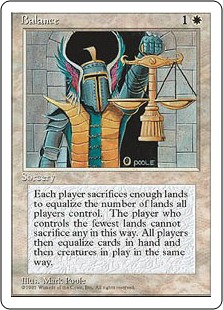 But where did I go wrong in this? What was the imbalance? Well quite frankly, it existed a little bit everywhere, I had definitely started taking myself too seriously, I had also started taking the game too seriously, to a degree that I had started identifying with the Magic player I was, not as the person I was, who played Magic, if I am going to give you a suggestion of how to avoid this, just remember that Magic is something we do for fun, the moment the fun stops, and it starts seeming stressful in a negative way, instead of in the exciting enjoyable way, take pause and evaluate if maybe, you are shifting out of balance with Magic. 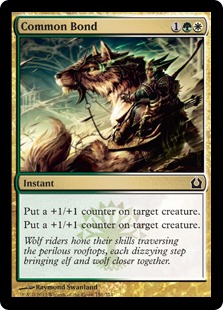 Flash forward to GP Lyon at the end of 2017 I suddenly found myself at an event which was just the most fun ever; Team limited. I was back to what had previously helped me succeed: Balance. This time brought about by my 2 good friends and teammates, this tournament we suddenly found ourselves in the finals playing against 3 other Danish players for the title, the money and quite frankly, while we lost, this is to this day my fondest Magic memory. For no other reason than because it was a great experience shared with friends.

This qualified me for yet another Pro Tour, and this time I was going to get it right. Pro Tour Dominaria was going to be the chance I needed to prove myself, and well this time I made another mistake, I MASSIVELY overthought my deck choice, for the constructed part.

I started trying to next level people in a manner that I had no reason, nor really the qualifications to, from testing and playing the format in general, I knew going in that the Red Black 《Goblin Chainwhirler》 deck was likely the best deck and decided to try something else because I hoped it could be good Well, it wasn’t. And while the limited portion went well the constructed portion went horribly, and I dropped at a 6-8 record on Day 2.

This time, however, I considered it a strong valuable learning experience, teaching that overthinking your deck choice for any tournament, perhaps especially so a Pro Tour stands at a real risk of being detrimental, and for once in my Magic career I was capable of easily moving on from it.

Following this I failed to qualify for Pro Tour 25th Anniversary, which needless to say bummed me out a little, as that was an experience I would have really appreciated, this probably made me more appreciative of the experiences that Magic in fact has afforded me over the years. 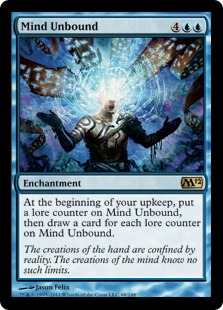 I went through the RPTQ system and qualified by the skin of my teeth thanks to some lucky tiebreakers in the MTGO RPTQ, contrary to the somewhat entitled feeling I had previously had when I qualified for the PT I now felt a feeling of happiness and quite frankly I felt a little blessed to yet again get to travel across the world for a Magic Pro Tour, ultimately arriving to play GP Atlanta 2018 where I was fortunate enough to land a 12-3 finish leading up to the PT, I did my preparation, alongside the rest of team Bolt the Bird, however this time I didn’t feel pressure to perform nor did I feel the anxiety associated with decisive moments, which I had previously felt at PTs. Ultimately this resulted in me sleeping better, eating better and in the end playing better. 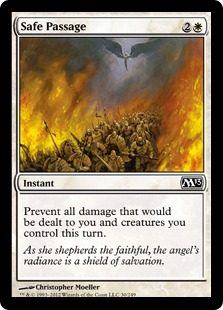 It’s entirely OK for Magic to be important to you, but make sure that your life and thoughts are balanced, and not focused singlehandedly on Magic or on the PT, this way you will ultimately be happier playing Magic and ultimately your performance and results will follow.

Thanks for reading this light novel about how I stumbled my way into the Top 8 of the Pro Tour and I hope that my story can help inspire you to achieve balance and success however you measure it, with magic in your life.

Jeskai Control with 《Sailor of Means》