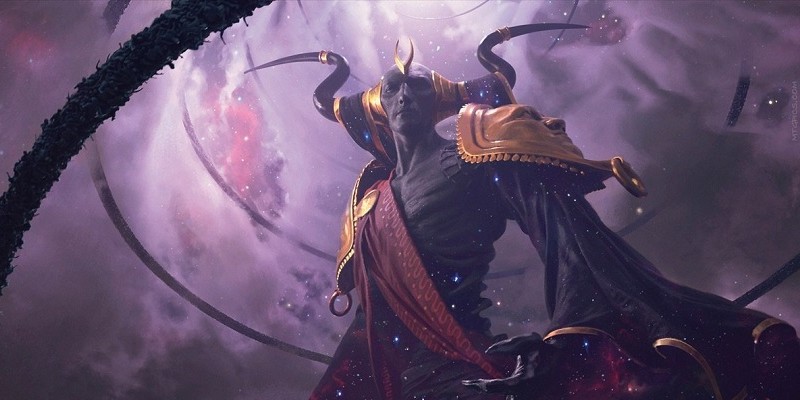 Hello, I’m Bernardo Santos a new member of Hareruya Pros and Rivals League participant. I have been playing Magic: The Gathering for almost eight years now, I started playing in Return to Ravnica but only started being competitive in 2016. Since then I have been playing all the Magic tournaments I can play. In 2017 I got the old Silver Level Pro status and the next year I upgraded it to Gold Level with 3 Grand Prix top8s.

Last year my good results in the tabletop tournaments accumulated enough Mythic Points to tie with Eli Kassis for the last tabletop spot in the brand new Rivals League. I was later invited due to that fact to partcipitate in this inaugural League and I very gladly accepted. For me Magic is more than hobby as it is my only source of income and the place where I’ve made most of the friends I hangout with today. 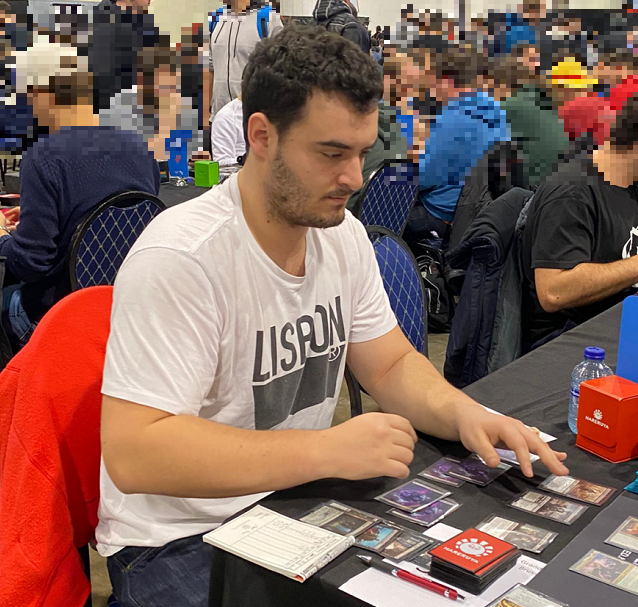 Preparation for the Players Tour Brussels I’ve tested like always with the other Portuguese players Marcio Carvalho and Goncalo Pinto as well as other Portuguese friends who were qualified (Luis Gobern and Bernardo Torres) and of course the Brazilian powerhouses like Thiago Saporito, Lucas Berthoud and Carlos Romao. I really like testing with this group because they are good at Magic and most importantly I consider all of them as good friends.

Black is the deepest color and the one with access to most removal at common level and we think it is the best color by a decent amount. Since most people think the same, many players will fight for taking black so you have to read the signals as usual. However, since black has so many good playables at common so even if it’s hate-drafted a little you can still have a good deck.

Next, I’m going to talk about how to draft black, how to pair with other colors and how to value its cards. When you’re drafting you need to recognize “what is missing for your deck” and even though we have a pick order like below, always be mindful of what your deck needs most at the time. For instance, in a deck with a decent amount of removal and not many early plays with an Escape theme you probably should take 《Mire Triton》 over 《Final Death》 even though it wouldn’t be correct otherwise.

Pick Order of the Best Color in the Set

Now onto the pick order:

《Treacherous Blessing》 is almost a Black-Red card as you can pair it with 《Final Flare》 or 《Skophos Warleader》 to make it a good card or else it’s very dangerous.

Black also has some reasonable sideboard cards like 《Cling to Dust》 for Escape decks and also 《Mogis’s Favor》 / 《Grim Physician》 against White-Red with some X/1s.

Black-Green is mostly a good stuff deck with some good creatures, removals and an Escape theme and some self-mill cards to get card advantage and recursion.

The theme card is 《Acolyte of Affliction》, this is in general a grindy midrange deck and your card advantage comes naturally from the many Escape cards. For people like me 《Underworld Charger》 and 《Loathsome Chimera》 are those cards but if you’re as lucky as Marcio you’ll get 《Pharika’s Spawn》 and if you’re Goncalo 《Polukranos, Unchained》 is waiting for you in the first pack. We all agree this is the best possible archetype in this format since it combines the two best colors and has good synergy.

Black-White is a midrange deck with an Aura theme. 《Heliod’s Pilgrim》 shines in this deck because it can usually get removal in the form of 《Mire’s Grasp》 and 《Dreadful Apathy》.

The theme card is 《Rise to Glory》 as a 2 for 1 in this deck that can actually deal with the feared 《Dream Trawler》 because you can attach the Aura even if they have Hexproof or Shroud…This is a fine archetype but the synergy is not as powerful as in other themes you only get small upsides for combining these colors. However, since they’re both good colors so you still get a good deck.

Black-Red as usual has a big sacrifice theme, this is the color combination with access to most good removal. Another good reason to be in this archetype is that you’ll have good late picks that other people don’t want because they aren’t good cards outside the theme like 《Portent of Betrayal》 or 《Final Flare》.

The theme card is 《Slaughter-Priest of Mogis》 but it’s just a fine card in the deck unlike the two cards which are really good in those archetypes above. This is my favorite archetype even though I don’t think it’s the best because I really enjoy playing decks with sacrifice themes and I believe that this archetype is very good in this set.

Blue-Black is the worst pairing with black and the only time I’ve played it was when I first picked 《Ashiok, Nightmare Muse》 😊. I don’t see a particular theme here and to be honest our team felt that we should only play blue when we open bombs. While blue has the absolute best bombs in the format (《Kiora Bests the Sea God》, 《Dream Trawler》, 《Ashiok, Nightmare Muse》, 《Nadir Kraken》), the color at common level is incredibly weak and so as advice I would tell you to only draft blue when you’re incentivized by an incredible bomb or when you see it is completely open.

The uncommon also doesn’t clarify what this deck is trying to do even though it’s a fine card (《Devourer of Memory》). I believe the synergies just aren’t there in this archetype so if you’re drafting this color combination just take the best card in your colors and hope that’s good enough.

That is all I have for today I hope you liked my first article here in Hareruya, it’s an honor for me to be part of this incredible group of players and I’m going to do my best to keep inproving and deserving this spot.

Thank you for reading.

Bernardo Santos Bernardo Santos is a rising star from Portugal. He has been playing Magic competitively since 4 years ago and already accomplished so many things like three Grand Prix top 8s, joining two Magic Online Championships, and became a Gold Level Pro in the 2018-2019 season. He kept winning until Magic Pro League and Rivals League was born and he was elected one of the Rivals League player in the partial season. His favorite format is Draft and it was probably caused by his countryman and a great forerunner Marcio Carvalho. Read more articles by Bernardo Santos